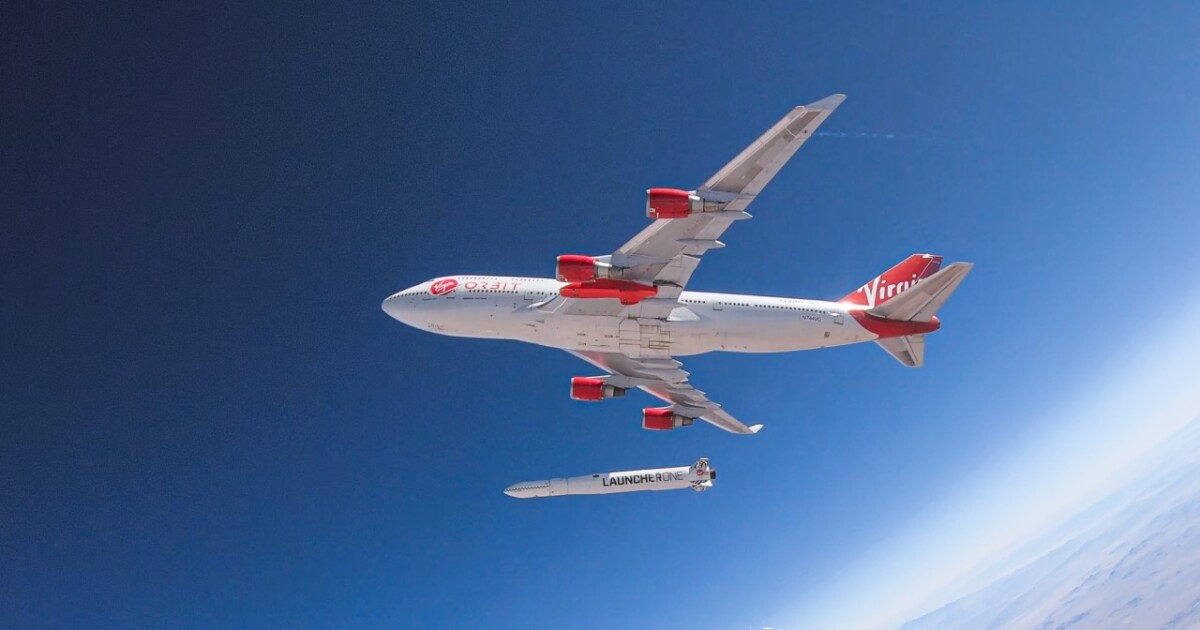 A tiny satellite built by student researchers at the University of Louisiana at Lafayette will help NASA develop technology designed to keep astronauts safe.

A solar-powered “CubeSat” created by UL Lafayette’s CAPE Satellite Team will measure radiation levels in space. It was sent skyward Sunday from the Mojave Air and Space Port in California during NASA’s Educational Launch of Nanosatellites (ELaNa).

The CAPE-3 satellite’s journey began inside a Virgin Orbit LauncherOne rocket attached beneath a wing of a customized Boeing 747. The jet dropped the rocket high above the Pacific Ocean. It climbed about 225 miles above Earth then ejected the satellite.

At about four inches across each side, the “CubeSat” is small. And fast. It circles the globe every 90 minutes at 17,000 miles per hour. Radiation levels collected along the way via a small Geiger counter and a small plastic chip embedded inside will help inform NASA efforts to develop small, chip-based radiation detectors.

“The detectors would provide liquid crystal display readings so astronauts could constantly monitor how much radiation they’re being exposed to,” explained UL Lafayette’s Dr. Paul Darby, the project leader.

Darby, an assistant professor in the University’s Department of Electrical and Computer Engineering, said the detectors could be configured like wristwatches astronauts could wear, or credit cards they could carry in their pockets.

The research is part of NASA’s CubeSat Launch Initiative. The initiative provides opportunities for colleges and universities to conduct scientific investigations in space; findings, in turn, assist NASA with exploration and technology development.

On Sunday, 10 satellites were deployed. Nine of them were built by colleges and universities, including Brigham Young, California Polytechnic and Vanderbilt universities. One was built by NASA.

This isn’t the first time a “CubeSat” built by UL Lafayette’s CAPE Satellite Team has been sent into space. With the launch of CAPE-1 in 2007, the University became the first in the state whose students designed, built and launched a working satellite that orbited Earth. CAPE-2 followed in 2013.

Rizwan Merchant, a NASA systems safety engineer, is the CAPE Satellite Team’s industry mentor. During his time as a UL Lafayette student, Merchant was assistant project manager for the CAPE-2 launch. He earned bachelor’s and master’s degrees in computer science from the University, in 2016 and 2019, respectively.

Merchant said students confirmed the satellite was functioning at about 2 a.m. Monday morning. Radio signals emitted by the satellite were picked up in the Department of Electrical and Computer Engineering’s Nick Pugh Aerospace Electronics Research Laboratory.

He said students will spend a few weeks “grabbing data from the satellite simply to assess every feature and ensure it’s all working properly.” Then, CAPE team members – as well as other students majoring in disciplines such as computer science, electrical engineering, mechanical engineering and physics – will begin an exhaustive process of collecting and analyzing the information.

The satellites are named for the University’s Cajun Advanced Picosatellite Experiment program. It’s designed to prepare students for careers in Science, Technology, Engineering and Mathematics – or STEM – fields.

CAPE team member Nicholas Stephan, a senior from Lafayette majoring in mechanical engineering, said the project afforded him an opportunity to conduct research “that could lead to actual innovations in the field.”

It has also given him a head start on a planned career in the aerospace industry. Stephan envisions developing sustainable infrastructure for missions to the moon or Mars; or developing satellites, “which I already have experience in,” he said.

“Aerospace and space systems engineering is an ever-expanding field that’s going to grow exponentially in the next 10 years to 20 years,” Stephan explained.

To reach the newsroom or report a typo/correction, click HERE.