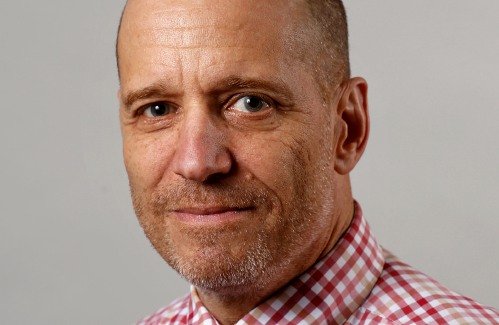 The Mascoma Valley was once described as a “food desert” because of the lack of fresh produce markets in the surrounding communities. Some might also have added “internet wasteland” because of uneven high-speed availability.

But, just like Enfield got a boost two years ago in fresh food when Jake’s Market & Deli opened a “mini-supermarket” on Route 4, now a company has arrived in town to boost high-speed internet service.

Hub66, a startup based in Massachusetts, is now wiring homes in Enfield with fiber optic cable providing 1 gigabit (equivalent to 1,000 Mbps) of speed, which is even faster than the maximum speed of 800 Mbps offered by Vermont provider ECFiber.

Hub66 has partnered with FirstLight, a company using the former New Hampshire FastRoads project, a 161-mile fiber network from Rindge to Orford that struggled financially. The startup’s role is to connect “drops” from the fiber-optic backbone to homes and act as the retailer of high-speed internet service.

The Enfield project is getting underway just as ValleyNet, the parent company of ECFiber, has contracted with LymeFiber to provide high-speed internet to homes in Lyme,

Beth Bumbarger, CEO of Hub66, said the company estimates there are about 750 homes in Enfield it can easily connect to FirstLight’s fiber optic main line, including “all of those around the (Mascoma) lake.”

The cost of the service is $89 per month, and there is no charge for connecting the first 250 feet from the road to the home (after 250 feet, the cost is $2 per foot), though if a customer wants the line buried underground, “then it’s a quote.”

Although technicians are busy statewide right now because of increased demand for fiber optic lines — and because of a shortage of workers waylaid by COVID-19 — Bumbarger said Hub66 can connect “between 15 to 20 homes per week.”

She declined to say how many homes Hub66 has connected so far in Enfield, but said “we have a list of quite a few people to get their installs done.”

A long-abandoned commercial property strategically located on Route 4 just east of Enfield Village has been acquired by a Canaan business couple with an eye to redevelopment.

Dean and Rachelle Vanier, owners of North Woods Common Scents, a bottler of “deer lures,” have acquired the 6-acre plot where the former Raphael’s Cucina restaurant was located but fell into disuse years ago.

The Vaniers recently were granted a demo permit and took down the two blue-painted structures on the lot and are now mulling ideas for the property, which is directly opposite the former spot of Pellegrino’s farmstand before it moved a few hundred feet east on the other side of the former Petro Mart location.

“Right now we’re taking baby steps. Our first goal was to acquire the property, clear it, get rid of the buildings so that we could get a grasp on what we want to do,” Rachelle Vanier said.

The Canaan couple have a background in manufactured home sales, real estate and marketing, and they said the Route 4 property could be developed into anything from a show lot for manufactured homes to “something complementing the food industry,” Rachelle Vanier said.

“We are listening to input from the town about what they would like to see there,” she said. “But whatever Dean and I will do will enhance the community. We’ll be looking at it closer in the spring and we’ll be offering Enfield and surrounding towns something exciting.”

The Route 4 corridor through Enfield, after a spate of losing businesses, is beginning to pick up again.

Signs of life began to show in 2019 when the new Jake’s opened.

Then Pellegrino’s last year moved into a bigger store and Dan Proulx, owner of Ziggy’s Pizza, is in the process of opening his third pizza restaurant, both at the former location of Enfield Movie Market video store and Family Pharmacy.

Meanwhile, Oakes & Son Construction has completed converting a home and barn into seven apartments, now named Bluejay Apartments, on Route 4 across the road from the abandoned Baltic Mills property.

Is a Sierra Trading Post store coming to West Lebanon?

A tantalizing clue in planning documents filed with the city of Lebanon’s planning department as part of the conversion of the former Kmart space into a Target store suggests it is.

Architectural floor plans showing how the former Kmart space is to be subdivided into spaces for separate tenants show “Sierra” marked out for a retail space that would be created between Target and Jo-Ann fabric and crafts store.

Sierra, which sells outdoor apparel and gear, is owned by retail giant TJX Cos., which also owns the TJ Maxx and HomeGoods store chains.

I reached out to TJX to find out what’s up, and spokeswoman Erin Sunderland via email didn’t exactly confirm it but also didn’t throw cold water on the inquiry.

“When opening new stores, we tend to announce our plans when we believe the time is right to do so competitively. Generally speaking, it is our practice not to announce store openings until close to an intended opening date,” Sunderland said.

I also reached out to Charter Realty, the leasing agent for Kmart Plaza — which probably should get a new name now — but didn’t receive a response.