Virginia Football getting another transfer in Georgia Tech defensive end 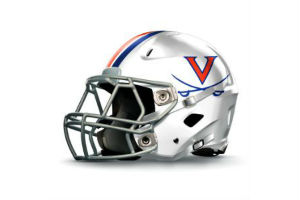 According to sources, Virginia Football is getting its third transfer in Georgia Tech defensive end Chico Bennett Jr.

The 6-foot-4, 250 pound native of Ashburn, Va., will have three years of eligibility remaining. Bennett, who played in seven games for the Yellow Jackets last season, will have an opportunity to compete for playing time with Richard Burney moving on from his defensive end spot.

This past season, Bennett recorded 14 tackles, seven solos, 1.5 tackles for loss and one quarterback hurry.

In 2019 as a true freshman, Bennett played in Tech’s first seven games before suffering a season-ending injury, but still led all Jackets freshmen in tackles with 17 (12 solos). That included a career-high four solo tackles in his first college appearance against No. 1 Clemson.

During his high school career, the first two years at Rock Ridge High in Ashburn, then his final two years at Battle Ground Academy in Franklin, Tenn., Bennett was rated a three-star prospect by all three major recruiting services, ESPN, Rivals and 247Sports.

He was a first-team all-state performer in 2017 and 2018. Also a letterman in basketball and track, Bennett played in Tennessee’s East-West all-star basketball game. He lettered four years and was a three-year starter across two schools in football.