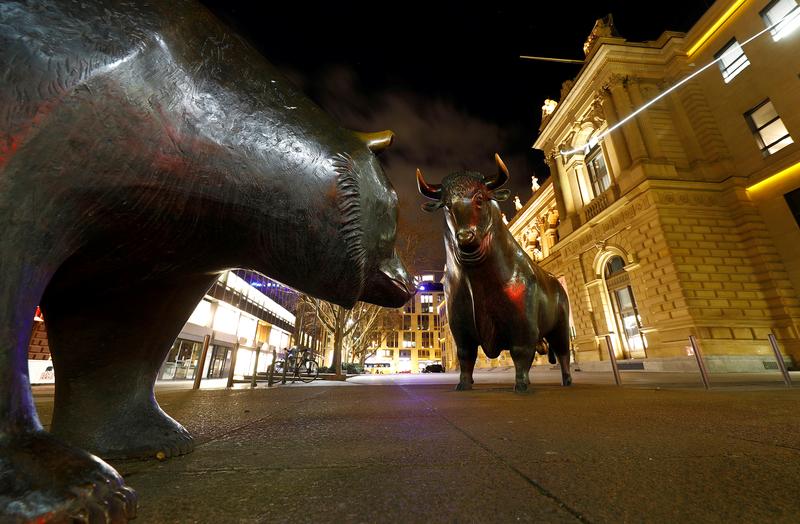 All eyes were on Biden’s inauguration as the 46th U.S. President, with traders betting on a bigger pandemic relief plan and higher infrastructure spending under the new administration to boost the pandemic-stricken economy.

Tech stocks rallied to a two-decade peak in Europe after ASML Holding NV rose 3.0% to all-time highs on better-than-expected quarterly sales and a strong order intake for 2021.

Meanwhile, Richemont rose 2.8%, after posting a 5% increase in quarterly sales as Chinese splashed out on Cartier, its flagship jewellery brand.

The pair boosted European luxury goods makers that are heavily reliant on China, with LVMH and Kering gaining between 1% and 3%.

“Any sign that retail spending is picking up in China is going to be a boost to the Western markets and those heavily exposed to it,” said Connor Campbell, financial analyst at SpreadEx.

The European Central Bank is set to meet on Thursday. While no policy changes are expected, the bank could face more questions about an increasingly challenging outlook only a month after it unleashed fresh stimulus to bolster the euro zone economy.

“With the new round of easing measures fully in place and no new forecasts to be presented tomorrow, it should be a fairly uneventful day for the euro,” ING analysts said in a note.

Conte narrowly secured the vote on Tuesday, allowing him to remain in office after a junior partner quit his coalition last week in the midst of the COVID-19 pandemic.

Daimler AG jumped 4.2% after its Mercedes-Benz brand unveiled a new electric compact SUV, the EQA, as part of plans to take on rival Tesla Inc.

Germany’s Hugo Boss added 4.4% after Mike Ashley-led Frasers said it boosted its stake in the company.

Reporting by Sruthi Shankar and Amal S in Bengaluru; Editing by Shailesh Kuber and Arun Koyyur and Kirsten Donovan