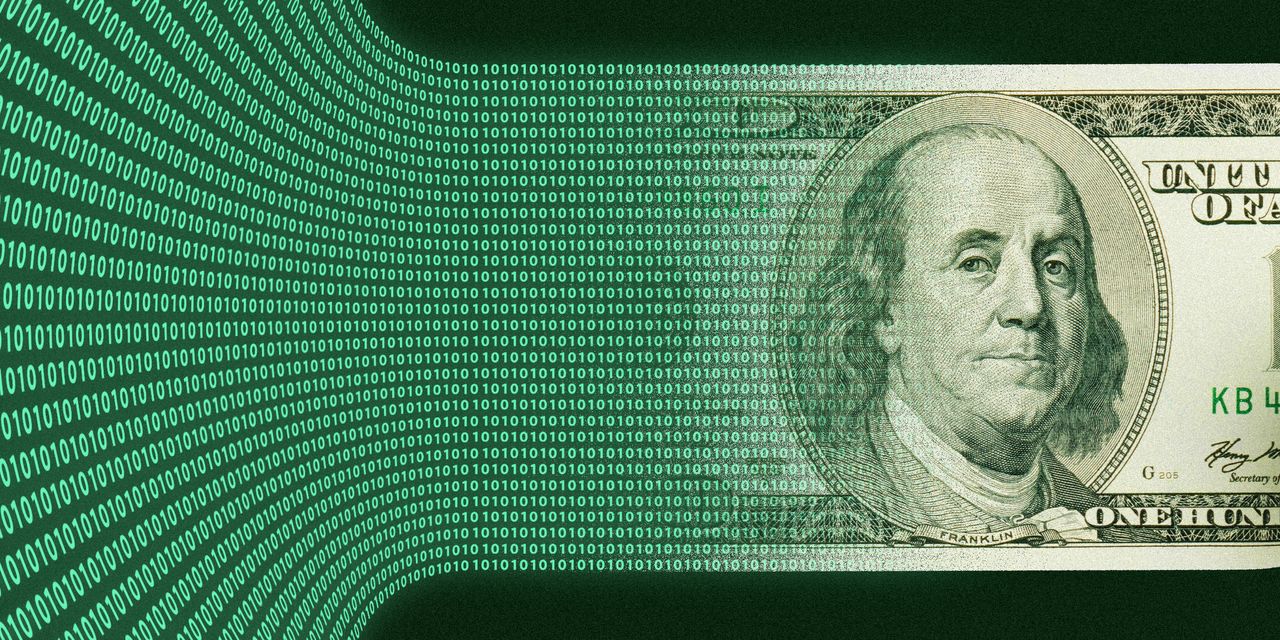 No earnings? No problem. Investors are funneling money to unprofitable software companies through a new type of debt deal.

Nonbank lenders like Golub Capital, AllianceBernstein Holdings LP and Owl Rock Capital Partners LP have issued asset-backed bonds to help finance about $2 billion of loans to such companies since November, according to data from Kroll Bond Rating Agency Inc. and S&P Global Market Intelligence. Many of the loans are to fast-growing, but still unprofitable, software enterprises.

The rash of recent deals is the latest indicator that large investors have resumed their hunt for high-yielding debt to offset low interest rates in safer government and corporate bonds. It also highlights the growing reach of private debt funds, which have replaced banks in many deals and weathered Covid-19 despite fears that they would suffer from a spike in loan defaults.

The loans backing the complex bonds—known as asset-backed securitizations, or ABSs—can be small, like the $25 million Golub provided to software delivery specialist CloudBees Inc. Other deals run in the hundreds of millions of dollars, like the $300 million Owl Rock lent to back the leveraged buyout of software security company Checkmarx by private-equity firm Hellman & Friedman LLC. Golub has been making the loans since 2013 and has had no defaults, even during the pandemic-induced economic downturn last year, according to a credit-rating report.

The companies often take out the loans to fuel growth without resorting to additional stock sales that dilute existing shareholders. If the borrowers hit a rough patch, they can cut costs to generate cash and cover their debts, which protects buyers of the ABS bonds, people involved in the deals said.

Still, some fund managers say the new deals pile debt on debt, disregarding the risk of default in the relatively immature companies.

Demand for ABS backed by conventional corporate loans called collateralized loan obligations, or CLOs, surged late last year as markets recovered from the pandemic selloff. But, the new transactions are so unorthodox that large credit-rating firms Moody’s Investors Service and Standard & Poor’s Global Ratings don’t rate most of them, the people involved said.

Instead, the bulk of the deals have gotten ratings from Kroll Bond Rating Agency, one of three smaller firms competing with Moody’s and S&P for credit-ratings business.

“We try to be thoughtful with our approach,” said George Lyons, a senior director at Kroll. “It’s a new form of securitization but we are able to create a probability of default opinion.”

The bonds amplify the amount that firms issuing them can lend out. Private debt funds make loans to dozens of companies, using their own capital and money raised by issuing the ABS bonds. Cash flow from the bundled loans pay interest and principal to the ABS bondholders with any surplus going to the funds and their clients.

A single investment bank, MUFG Securities Americas Inc., has arranged all of the deals for the lenders, selling them primarily to U.S. investors specializing in ABS, the people said. A spokeswoman for MUFG, a subsidiary of Japan’s largest bank,

“These are healthy companies being wholly inappropriately financed,” said Dan Zwirn, the founder of Arena Investors LP who helped pioneer direct lending through his previous firm, D.B. Zwirn & Co. Rising valuations in the tech industry and increased competition between lenders is enabling companies to borrow excessively, he said.

Supporters of the deals say they are structured more conservatively than securitizations of traditional corporate loans, with about two dollars borrowed for every dollar lent out, compared with the roughly 9-to-1-ratio common in conventional CLOs. At least one quarter of loans bundled into the ABS deals have been more conventional corporate loans and Owl Rock’s transaction has a minimum allocation of 60% to such traditional loans, which enabled it to get a single-A credit rating from S&P. Lenders have also developed new analytical tools to measure the risk in the deals.

Debt funds making below investment-grade corporate loans have historically lent to companies being bought by private-equity firms. The lenders used the ratio of debt to earnings, often called leverage, to analyze whether target companies could support the debt being borrowed to acquire them.

As technology companies became a bigger part of the U.S. economy, private-equity firms began buying them, too, starting with established and profitable businesses before shifting to more speculative companies that traditionally relied on venture capital for cash.

Debt investors have traditionally been hesitant to lend to companies with little or no profit because they can’t earn the spectacular returns of equity investors if a business is successful but can still take significant losses if it fails. That attitude has shifted in recent years as investors have grown more confident that such companies won’t fail, thanks to their own belief in the companies and the committed support of private-equity firms who have paid top dollar for the businesses.

Is lending to tech companies with negative earnings a good investment? Why or why not? Join the conversation below.

Firms including Golub zeroed in on providers of software as a service, or SaaS, which license their technology to businesses ranging from hospitals to hair salons under long-term contracts. The fund managers began making loans secured by recurring revenue from the contracts, believing that the cash streams were predictable enough to back debt payments because end-users of the software become highly dependent on it.

“We started doing recurring revenue loans back in 2013,” said Craig Benton, head of structured products at Golub. As the business grew, the firm began borrowing money from banks to increase the amount it could lend and to boost its returns.

Golub began exploring using ABS to further grow its software-lending activity about three years ago, and raised $209 million of debt with its first deal in October 2019. Financial fallout from the coronavirus shut down sales of riskier ABS for most of 2020, but MUFG arranged new financings for Golub and Owl Rock in November and has done three more deals since.

The average credit quality of the loans is the equivalent of debt with a single-B or triple-C rating, two of the lowest rungs on the credit-rating ladder, according to research by Kroll. If the borrowers default, it is unclear how much lenders will recover. “It is a relatively new asset class with limited recovery data,” Kroll said in a report.

As interest rates have fallen, investors have been willing to accept lower yields on the ABS bonds. The interest rate on one that Golub issued on April 6 was 3.2%, compared with the 4.722% it agreed to pay on its first transaction.

Tech tips for adapting your business in a hybrid era

What’s an NFT? Behind the boom for digital collectibles