What the Tech? Facebook Accuses Apple of Putting Small Businesses at Risk 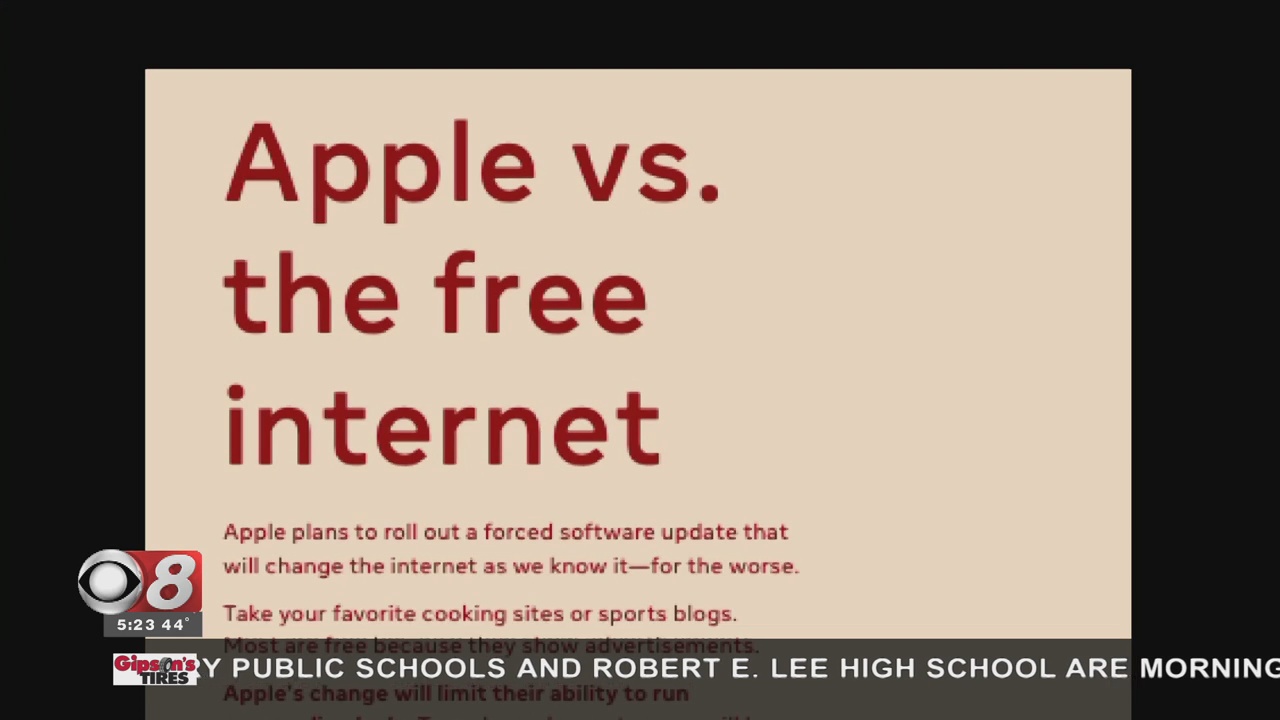 Two companies used by billions of people every day are fighting and your privacy is why.

Facebook accuses Apple of putting small businesses at risk due to a new feature that shows iPhone and iPad users a window into what each app does with their data.

This all has to do with what data apps collect and what they do with it. The new Apple update, iOS 14 will show you details about your privacy and any app you download. You’ll find it in the App Store by scrolling to the bottom of the description and look for “App Privacy”.

Let’s take a look at the policy for Instagram for example. Apple says it collects your contact info, identifiers, and other data and tracks it across apps and websites of other companies.

It also collects your browsing history, financial info, health and fitness, location, and links all that to your identity and tracks it as well. Facebook’s Privacy Policy is worth a look too. Go to the Facebook app in the app store and you’ll see a long list of data that are collected and shared.

But who’s getting that information?

If you’ve searched for fishing poles in Google or Firefox, Facebook can sell advertising to a retailer specializing in merchandise for the outdoors and send those ads to your Facebook feed. Because the ad specifically targets only people who are interested in fishing, Facebook can charge more for those ads.

If Facebook users opt-out of sharing their browsing activity, Facebook’s ad rates will go down and you’ll see ads you may not be interested in.

Facebook says if that happens, small businesses will be hurt as they reach their core customer through Facebook ads.

Apple’s revenue on the other hand, comes mainly from selling devices and it has made a big push toward protecting the privacy of people using those devices. In 2019 Apple’s marketing featured its privacy features and how it does not share or even collect data from its users.

Facebook claims Apple’s motive is profit, not privacy by forcing businesses to charge for subscriptions and in-app purchases which Apple gets a percentage.

Apple is not going to back down and will give users the option to ‘opt-out’ of being tracked by apps. Apple’s new privacy window pertains not just to Facebook-owned apps but to all apps offered in its app store.