With all this new tech in remote schooling, what are the privacy implications? 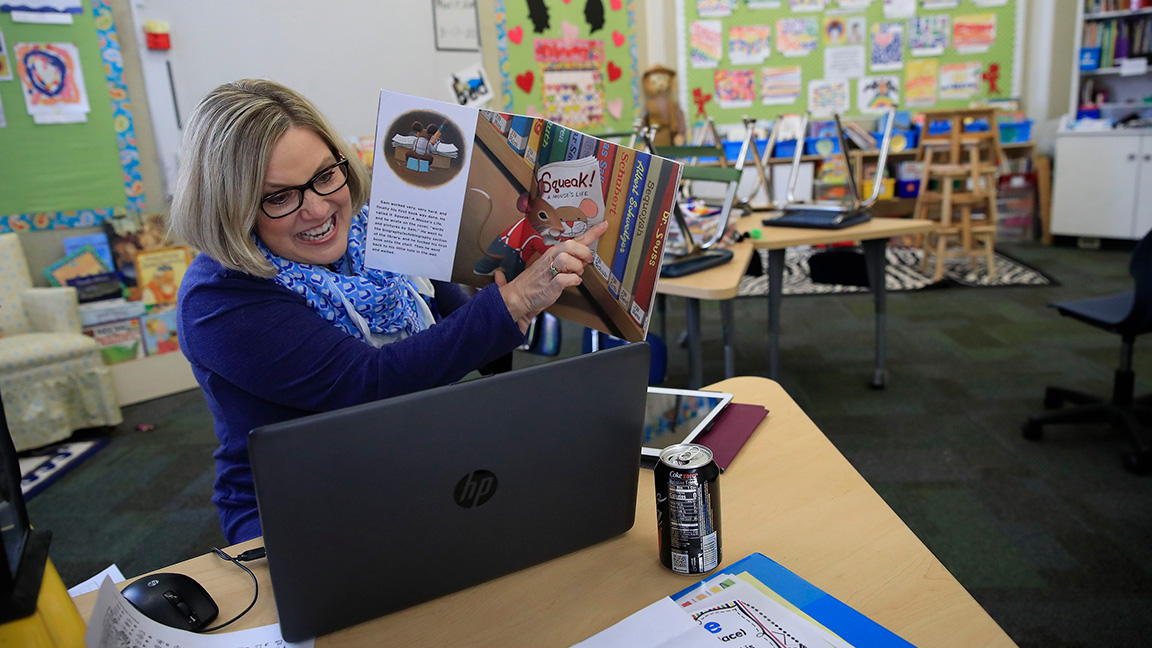 This week, I’m taking a look back at some of the shows from 2020 that touch on issues I think will be even more pertinent in the coming months. One of those is remote schooling because oh, man, are Monday mornings more complicated than they used to be. One set of questions we’ve gotten a lot is what all this new schooling tech means for privacy, how much data is being collected about our kids and how is it being stored and used?

The good news: There are a lot of rules around all that. At the federal level there’s the Children’s Online Privacy Protection Act, or COPPA, and the Family Educational Rights and Privacy Act, or FERPA. And there are over 100 state laws dealing with student privacy. The bad news is not everyone knows about them. I spoke with Amelia Vance, who’s with the nonprofit Future of Privacy Forum. The following is an edited transcript of our conversation.

Amelia Vance: It’s pretty locked down. You had a lot of fears as edtech was spreading in schools back in 2014, 2015. Thousands of student privacy bills have been introduced. These bills ended up restricting companies from selling or sharing without consent or targeted advertising, or really doing anything with student data that parents and policymakers wouldn’t approve of. But there are still some tensions there. When a company isn’t for education, and data is shared with it — they’re not covered by the student privacy laws.

Molly Wood: It sounds like you’re describing a system of laws that really could be effective, assuming, basically, transparency and enforcement. So do we have those two things?

Vance: I would say we’re definitely, not quite drowning, but we’re certainly inundated with student privacy laws and protections here. Most people don’t know about them. There was a great survey that Common Sense Media did a couple of years ago, that said only 25% of teachers had been trained on student privacy, and many of the laws that have passed aren’t necessarily passed down to the school districts who are supposed to enforce them.

Wood: What do you worry about, with respect to the data collection around kids?

Vance: Where I get really worried is where there’s weak security and there might be data breaches. These aren’t sort of the data breaches that we often see reported where it’s identity theft, or something like that. Instead, we see the possibility of sensitive information about someone, that they just don’t want future employers or their future college or even their peers or other parents to know about. Things like disciplinary history, health issues, special education status. We know from research that the number one thing that kids care about when it comes to privacy is that interpersonal privacy — keeping their business their business.