Within minutes of the final heartbeat, a cascade of biochemical events triggered by a lack of blood flow, oxygen, and nutrients begins to destroy a body’s cells and organs. But a team of Yale scientists has found that massive and permanent cellular failure doesn’t have to happen so quickly.

Using a new technology the team developed that delivers a specially designed cell-protective fluid to organs and tissues, the researchers restored blood circulation and other cellular functions in pigs a full hour after their deaths, they report in the Aug. 3 edition of the journal Nature.

The findings may help extend the health of human organs during surgery and expand availability of donor organs, the authors said.

“All cells do not die immediately, there is a more protracted series of events,” said David Andrijevic, associate research scientist in neuroscience at Yale School of Medicine and co-lead author of the study. “It is a process in which you can intervene, stop, and restore some cellular function.”

The research builds upon an earlier Yale-led project that restored circulation and certain cellular functions in the brain of a dead pig with technology dubbed BrainEx. Published in 2019, that study and the new one were led by the lab of Yale’s Nenad Sestan, the Harvey and Kate Cushing Professor of Neuroscience and professor of comparative medicine, genetics, and psychiatry.

“If we were able to restore certain cellular functions in the dead brain, an organ known to be most susceptible to ischemia [inadequate blood supply], we hypothesized that something similar could also be achieved in other vital transplantable organs,” Sestan said.

In the new study — which involved senior author Sestan and colleagues Andrijevic, Zvonimir Vrselja, Taras Lysyy, and Shupei Zhang, all from Yale — the researchers applied a modified version of BrainEx called OrganEx to the whole pig. The technology consists of a perfusion device similar to heart-lung machines — which do the work of the heart and lungs during surgery — and an experimental fluid containing compounds that can promote cellular health and suppress inflammation throughout the pig’s body. Cardiac arrest was induced in anesthetized pigs, which were treated with OrganEx an hour after death.

Six hours after treatment with OrganEx, the scientists found that certain key cellular functions were active in many areas of the pigs’ bodies — including in the heart, liver, and kidneys — and that some organ function had been restored. For instance, they found evidence of electrical activity in the heart, which retained the ability to contract.

“We were also able to restore circulation throughout the body, which amazed us,” Sestan said.

Normally when the heart stops beating, organs begin to swell, collapsing blood vessels and blocking circulation, he said. Yet circulation was restored and organs in the deceased pigs that received OrganEx treatment appeared functional at the level of cells and tissue.

“Under the microscope, it was difficult to tell the difference between a healthy organ and one which had been treated with OrganEx technology after death,” Vrselja said.

As in the 2019 experiment, the researchers also found that cellular activity in some areas of the brain had been restored, though no organized electrical activity that would indicate consciousness was detected during any part of the experiment.

The team was especially surprised to observe involuntary and spontaneous muscular movements in the head and neck areas when they evaluated the treated animals, which remained anesthetized through the entire six-hour experiment. These movements indicate the preservation of some motor functions, Sestan said.

The researchers stressed that additional studies are necessary to understand the apparently restored motor functions in the animals, and that rigorous ethical review from other scientists and bioethicists is required.

The experimental protocols for the latest study were approved by Yale’s Institutional Animal Care and Use Committee and guided by an external advisory and ethics committee.

The OrganEx technology could eventually have several potential applications, the authors said. For instance, it could extend the life of organs in human patients and expand the availability of donor organs for transplant. It might also be able to help treat organs or tissue damaged by ischemia during heart attacks or strokes.

“There are numerous potential applications of this exciting new technology,” said Stephen Latham, director of the Yale Interdisciplinary Center for Bioethics. “However, we need to maintain careful oversight of all future studies, particularly any that include perfusion of the brain.”

The study was conducted at the Yale Translational Research Imaging Center, which is directed by co-author Dr. Albert Sinusas, professor of medicine, radiology, and biomedical engineering. The Nature paper provides a full list of authors.

Sun Sep 4 , 2022
AI-powered edge computing is already pervasive in our lives. Devices like drones, smart wearables, and industrial IoT sensors are equipped with AI-enabled chips so that computing can occur at the “edge” of the internet, where the data originates. This allows real-time processing and guarantees data privacy. The NeuRRAM chip is […] 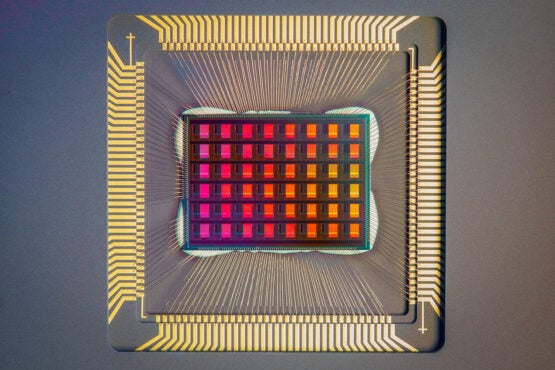